I don’t know how many times I have had people tell me that eating organic doesn’t really matter. They have various reasons and arguments, most of them along the lines of “I’m going to die anyway, so what does it matter?”.

If non-organic farming practices only affected those who consumed the product, I wouldn’t have a problem with that answer.

The truth is however that some foods, more than others, are heavily sprayed with chemicals that harm the farmers, create toxic land and waterways, and strongly affect wildlife - including pollinators such as bees, birds and butterflies.

This is damage to the planet and to the future civilization we are talking about here.

Coffee is a great example of that.

Coffee grows well in the shade of other trees, including other fruiting trees. Trees are home to wildlife, like birds, that eat the pesky insects that cause damage to leaves and coffee cherries. Organic matter from the trees and the birds, frogs, lizards and more naturally fertilize the soil for the coffee trees.

It’s only when you are “maximizing farm land” and making room for machinery to “reduce labor costs” that you have to remove the trees to grow coffee and use chemicals instead. 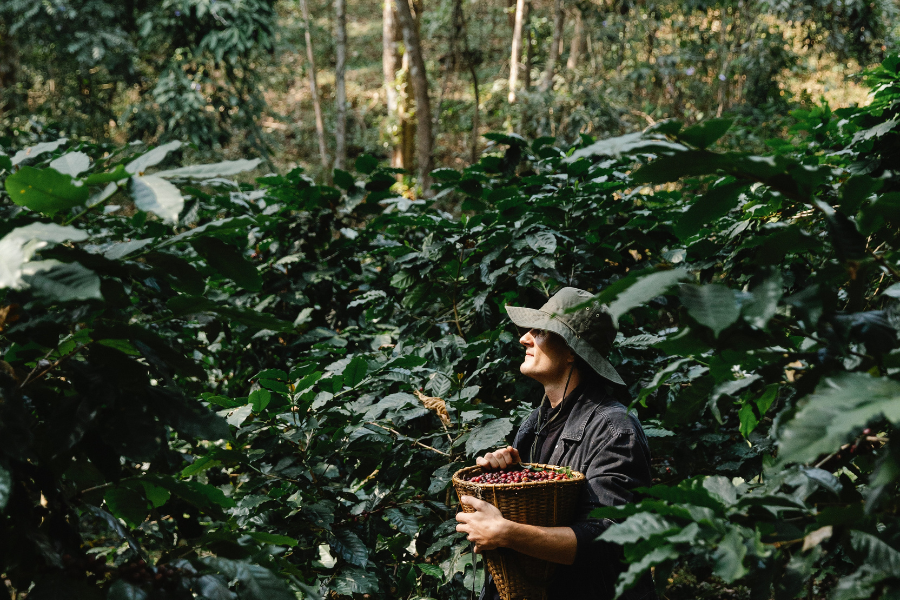 Let’s say you did need a little help with a fungus, or some zealous insect eating at the coffee tree - there are natural remedies such as hot pepper or garlic water.

Need additional fertilization? Regenerative coffee farmers take coffee cherries, which is waste after the beans are removed, and compost them to make nutritious soil.

Is it more labor intensive? Sure. Does it make your coffee cost more? Absolutely.

Now, for those people are concerned about their bodies in addition to the planet, here's the skinny on the chemicals used in coffee growing.

Although the US has banned certain chemical fertilizers and pesticides, many coffee growing countries still use those banned chemicals.

The US government does not have maximum residue limits (MRLs) for pesticides used on coffee beans - so non organic coffees are not tested.

It is essentially unregulated and no one has any idea how much of what is lurking in the coffee beans.

One of the most widely used insecticides is organophosphates.  This is very toxic to humans, vertebrate animals and insects.

According to the CDC long-term exposure to organophosphates can cause confusion, anxiety, loss of memory, loss of appetite, disorientation, depression, and personality changes.

The only way to protect yourself from these chemicals in coffee is to purchase USDA organic certified coffee.

We would like to note, not all organic coffee is created equal. Some farmers are better stewards of our environment than others, for example those certified as Smithsonian Bird Friendly. There are also different varieties and grades of coffee which you can learn more about in our other blog posts. No matter which organic coffee you choose, know you are taking a step towards better health for yourself and that of our planet.